Guanyin dharmadhatu
is located to the coast of the East China Sea
at the foothill of Bai shan in Zhujiajian zhoushan islands.
It covers an area of about 167㎡,
facing Mount Putuo across the sea. It is a theme park with Guanyin Spirit as
its core value and functions as
a platform to presenting Guanyin belief,
a cradle to cultivating Buddhist talents
and a spiritual home to inspiring
all four Buddhist disciples. The surface of the in-ground light
is customized with yellow granite texture,
which is consistent with the
special yellow granite stone
on the facade and the stone
laid on the ground to ensure
the overall beauty of the building. On both sides of the Guanyin altar,
the facade lighting of the two buildings
also uses SHONE LED polarized underground lights. SHONE LED linear lights
(RGB, DMX512,
adjustable installation)
are installed on the outside of the three bridges. 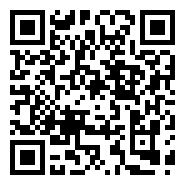